Karen is a writer, producer and author, with twenty years of professional experience in the Film and Television industry. “My drive is to tell stories of everyday people to create human connectivity”.

Her solo feature documentary ‘Dad’ was shown in Parliament, Canberra mid 2015 as part of a senate inquiry into our family law system. In May 2019, she launched her book ‘Mum’s the Word’ which represents parental alienation from a mother’s perspective, telling six true  stories accompanied with professional commentary by family lawyer Monica Blizzard  Trauma Specialist Naomi Halpern and former Chief Justice The Honourable Alistair Nicholson AO RFD QC. The book has already sold over 300 copies and Karen hopes the book will continue to assist Australian families navigating separation.

For the last two years, Karen has worked along-side her husband Chris Varney, Founder and Chief Enabling Officer (CEO) of I CAN Network Ltd producing videos, marketing material and creative campaigns. “We find our skills really compliment each other, we both have a common goal to help children and young people find their unique way in life.” 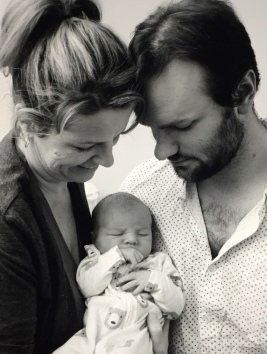 In May 2013, a dad who was a corporate client, poured his heart out, telling me of the anguish he felt not seeing his children, and the unfair way he had been treated by his ex-wife and our legal system. He described the process like being invisibly strangled; battling almost three years in court. He presumed our legal system would be equal, supporting both mums and dads, being able to equally give them both time to resolve and investigate her allegations to make sure his kids stayed in his life. He was desperate to be heard and to connect with other dads who may also be in his position. At first, I thought he was just a jilted father, until I did some digging and found these statistics: 261 divorce cases are lodged every day in our family court system, one in six Australian children don’t live with their biological father, and a startling one in three children don’t live with their father in the USA[i]. But the most staggering statistic of all was, and still is, the amount of people who take their lives due to the absence of a parent or child.

I was then contacted by parents and advocate groups from countries such as Spain, India, Japan, England and the USA through my social media page. I couldn’t believe this was a worldwide problem. I knew I had to dig deeper, so without hesitation, I poured my time and personal savings into creating a documentary titled Dad. The film was supported by two politicians and was shown in Canberra at the Parliament of Australia in mid-2015 as part of a Senate inquiry into our family law system. Although many politicians and media outlets agreed there was a problem, they and many of the mainstream related organisations failed to support the film, burying their head in the sand, admitting the ‘rot’ was too deep.

Ironically, I found the strongest supporters of the dads were mums who had endured the same ill fate; being falsely accused of harming their children and watching them slowly slip out of their lives. Reluctant to put their faces on camera, they asked me to create this book. They wished they had a book like this so they could understand what they were going through, how the system worked and to know they weren’t alone.

I became close to one of the mums, ‘Sally’, and in 2016 I attended her annual Christmas party. When I arrived, Sally announced the opportunity to be interviewed. Two girls who had grown up with Sally’s daughters asked if they could be. After their interview, I opened the door to find a queue of relatives and friends, all wanting to have their say. Wounds opened and tears flowed as they were finally allowed to tell someone how they felt.

This issue doesn’t only affect immediate family, but friends, family friends, grandparents, neighbours, and related members of the community. I have also found this is not a gender issue. It’s about mental health, education and family values combined with a broken, over-stretched legal system which needs urgent review by the people who work every day with the families, and by the family members who have witnessed the system first-hand, not by politicians who have no family law or mental health expertise. This is our hope, and as a person who has recently become a parent, I know now more than ever that all a child needs is secure attachments, love and laughter.

Thank you for your support of my work on this issue.